Patriarch of Antioch: We are holding Beirut in our hearts

Patriarch John of Antioch visited the metropolis of Beirut, where he inspected the damage caused by the deadly explosion.

In fact, the explosion caused damage around the diocese building. Patriarch John in his statements to the media stressed the support to the residents of Beirut.

“We are holding Beirut in our hearts. Through our Lord Elias, we convey our peace to all Beirut to all the people of Beirut. We are one family.”

The Patriarch thanked the Autocephalous Churches that communicated and supported the tragically stricken Church of Antioch. “Many Orthodox churches have called us to express good vibes and love. And the states of Russia and Greece contacted us directly and took practical steps.”

He added, “We are besides our Lord Elias and our people in Beirut. We remember those who lost their lives and all those who were injured, the missing and those who were hurt.”

Patriarch John stressed that “Beirut is a symbol of peace and culture. We are stable here, like the cedars of Lebanon, no matter how many difficulties and sufferings there are. We are on the side of our people and staying in this country.” 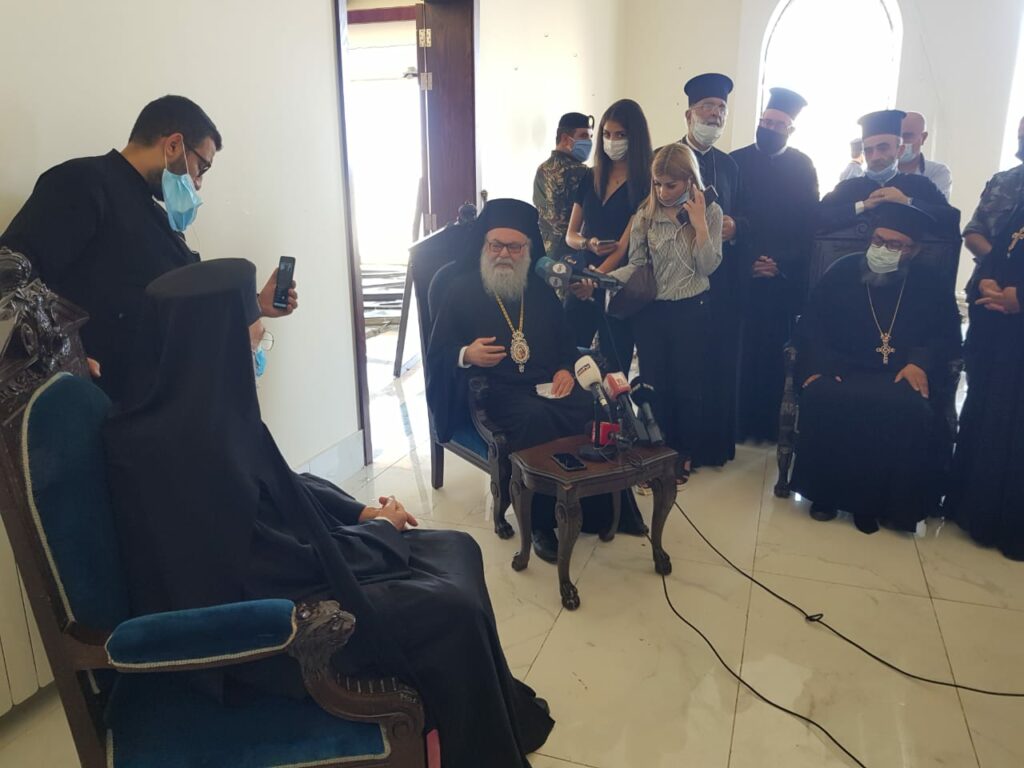 He then visited the Maronite Archeparch of Beirut, Paul Abdul Sater and the Beirut Saint George Hospital. 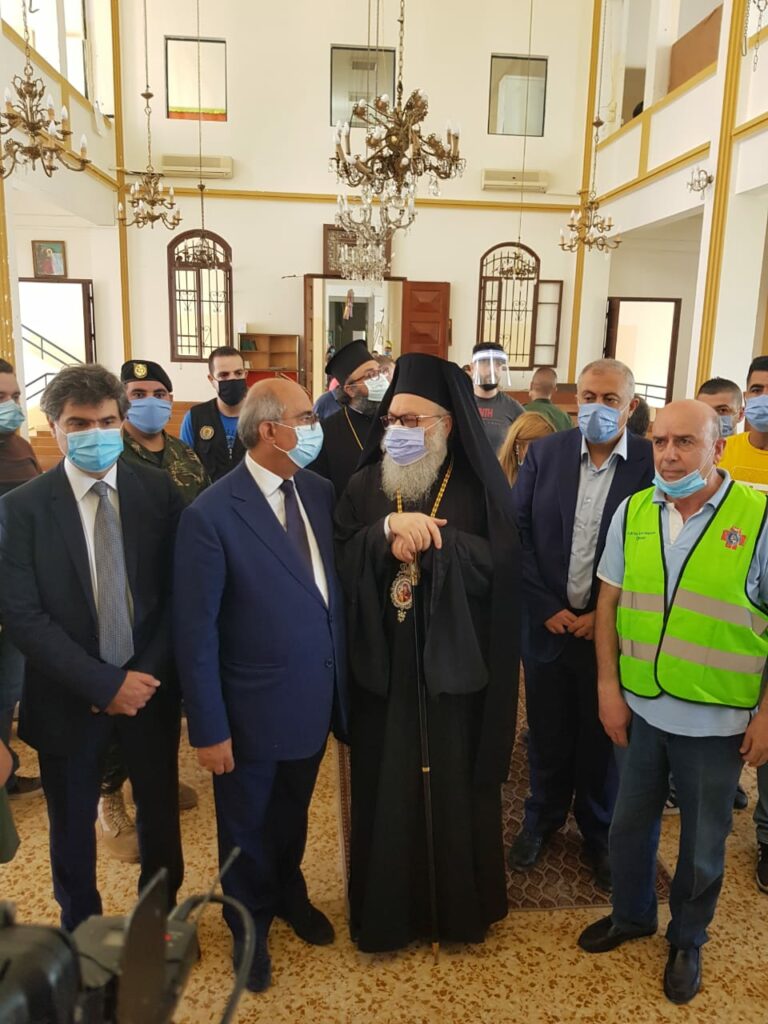 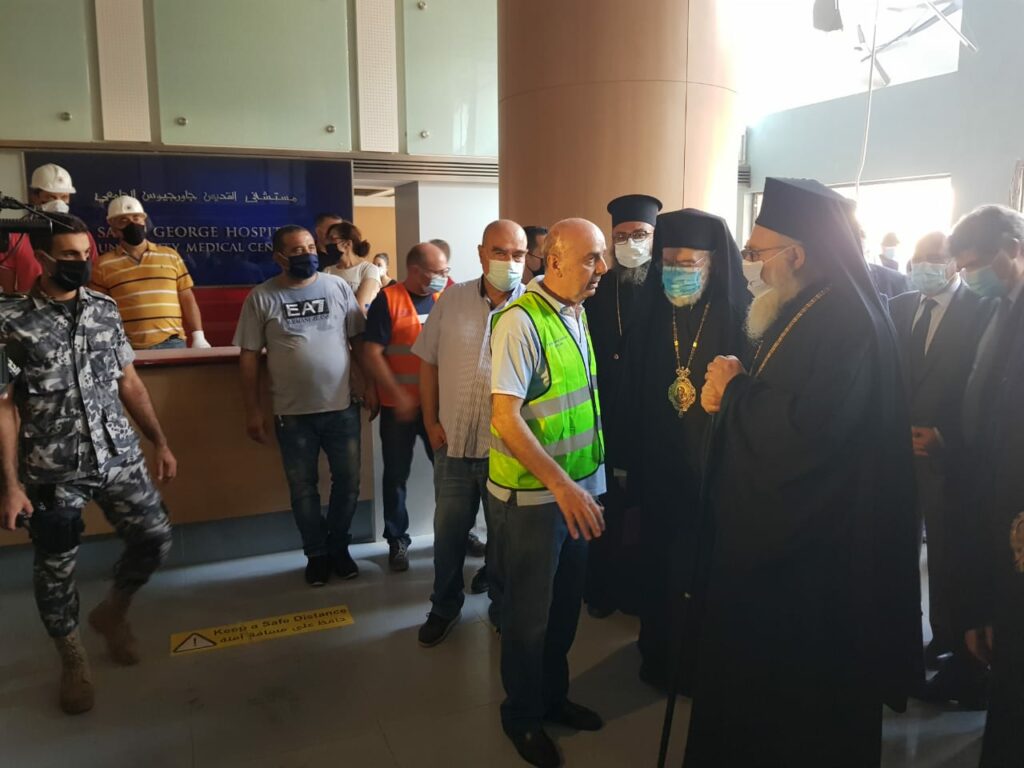 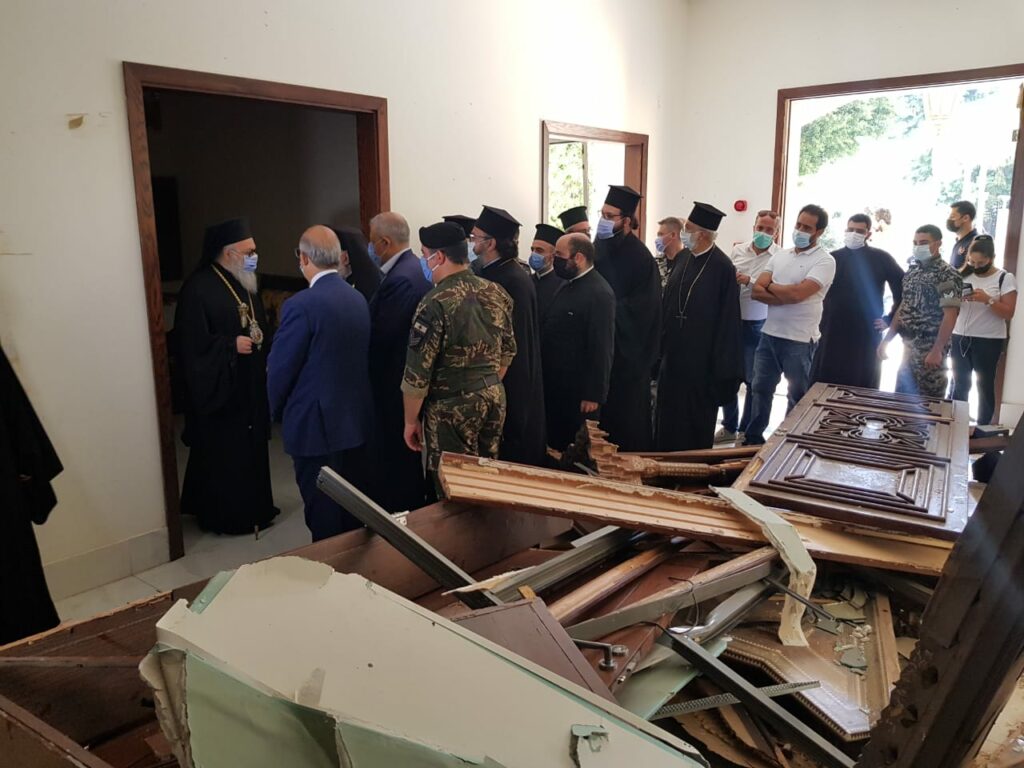 Patriarch of Antioch receives Metropolitan of Homs and Dependencies

Beirut: The church of Agios Dimitrios is intact after the deadly explosion