Greece’s new government ministers were sworn in on Tuesday at the presidential mansion, in the presence of President of the Hellenic Republic Prokopios Pavlopoulos and Prime Minister Kyriakos Mitsotakis.

The swearing-in ceremony was carried out by Archbishop Ieronymos of Athens and All Greece, along with the Chief Secretary of the Holy Synod, Archim. Philotheos Theocharis, and the First Secretary, Archim. Ieronymos Karmas.

After the ceremony, Archbishop Ieronymos wished the members of the new government strength and much success. 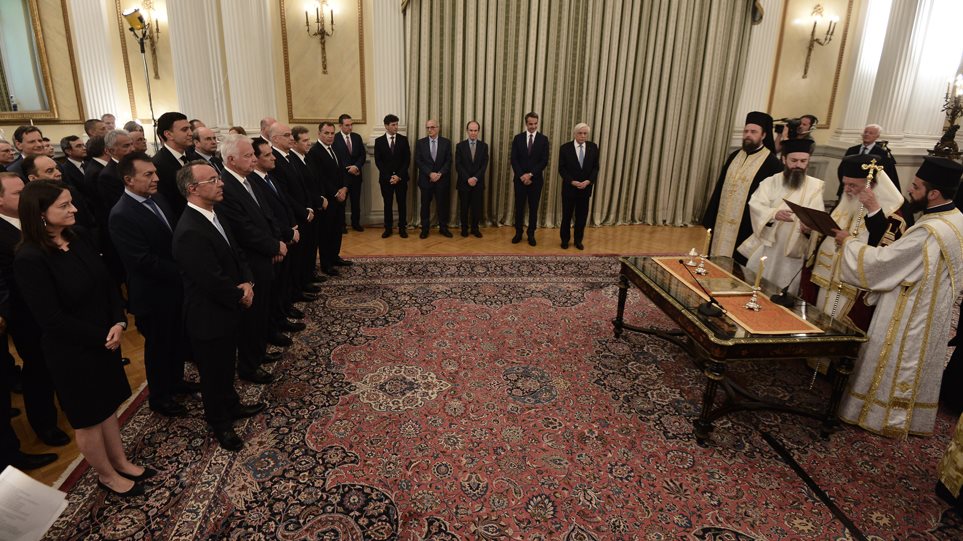 Archbishop of Athens: Light overcomes darkness, nothing can scare us

Archbishop of Athens: Let us invite the Lord to our house, that is our own Church, and He will come to us

Metropolitan of Drama: The Church reached its ultimate limit, we have been disconnected from our oxygen

Greek government spokesman: It is possible to celebrate Easter away from the Churches

Congratulatory telegrams by Elpidophoros of America to the new Greek Government