Patriarchate of Georgia said ‘No’ to Jordan primates’ synaxis

It turns out that the vast majority of Churches refuse to participate in the synaxis of Orthodox primates convened by Patriarch Theophilos of Jerusalem in Amman.

While acknowledging the need for such a synaxis, Patriarch Ilia, nevertheless, stated that it should be carried out in accordance with canon law, hinting at the jurisdiction of the Patriarch of Jerusalem for its convocation. 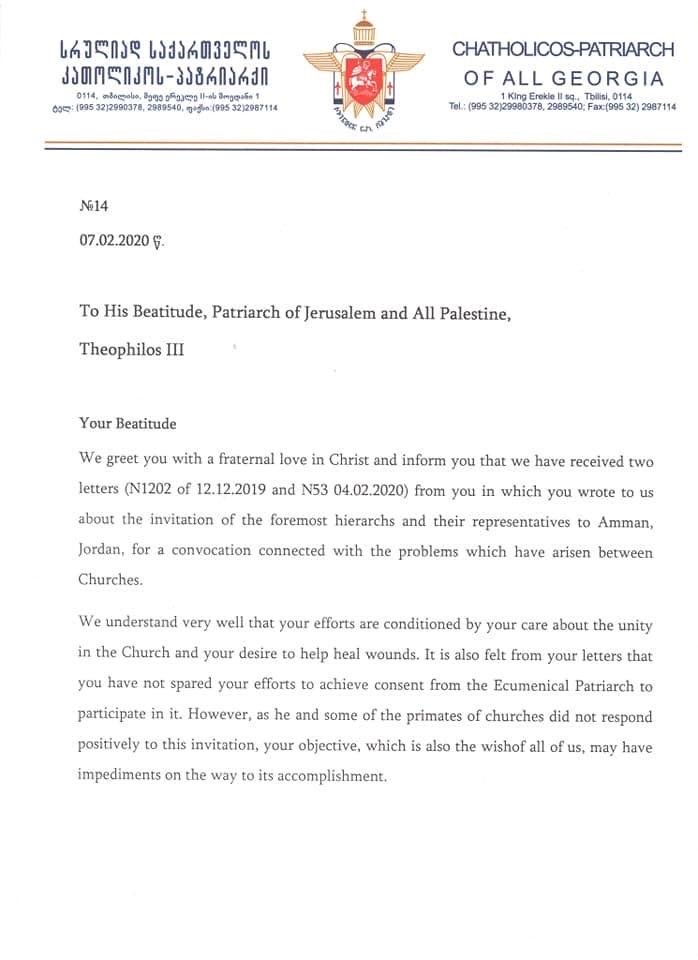 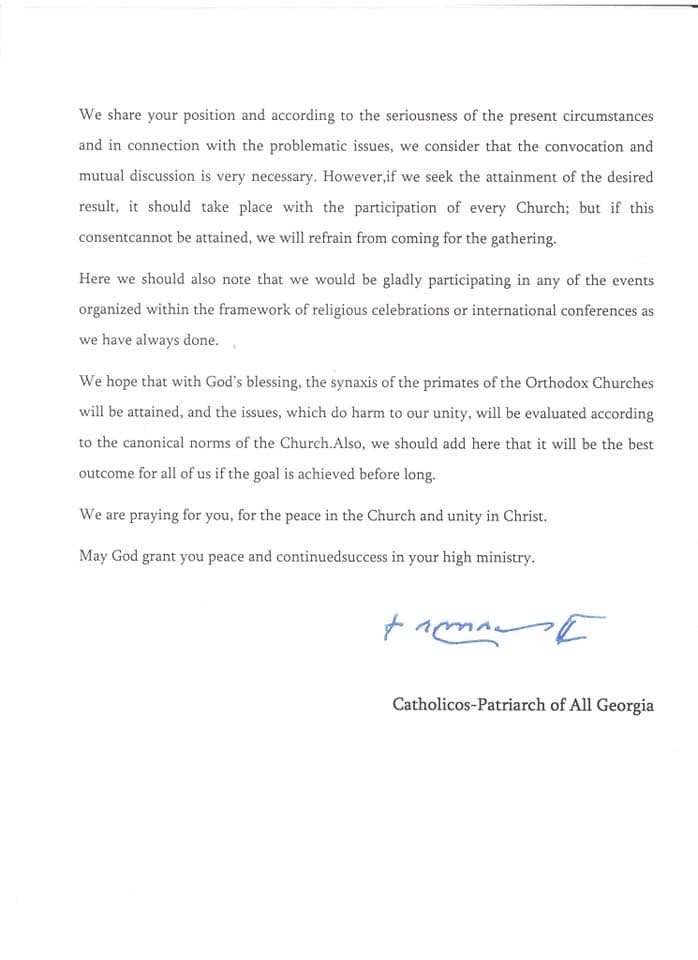 Greek PM to Patriarch of Jerusalem: Greek State will be close to the Patriarchate and its great mission

Jerusalem Patriarchate: Father Nicholas Matar does not belong to the Patriarchate of Jerusalem

Patriarch of Serbia attended festivity on National Day of Serbia