Archbishop Elpidophoros: You are all heroes at the Archdiocese

I promise to stand alongside the priests, help them resolve their problems, and develop a good working relationship with them, said Archbishop Elpidophoros at a luncheon held in his honor, on Thursday afternoon, at Terrace on the Park.

This event was attended by priests and their wives of the Direct Archdiocesan District, hierarchs from the Archdiocese of America and clerics and hierarchs who came in New York in order to attend the enthronement ceremony.

The climate was pleasant while Archbishop Elpidophoros had the opportunity to speak with the priests of the Archdiocese before the official launch of the program, and to meet their wives and their families.

“I would like to thank you for your love, for your beautiful smiles, for coming here with your children and your families. I want to send to all the love and blessings on behalf of our Ecumenical Patriarch, Father of all, Bartholomew,” said Elpidophoros.

Father Ioannis Lardas, President of the Clergy Association of the Direct Archdiocesan District, expressed the appreciation and respect of the priests in the new Archbishop and told him that “all the priests and their wives will be at his side”.

The new Archbishop of America also welcomed the priests’ wives, the presbyterae, while Anna Kazaki and Vasilia Garini took the floor and gave a symbolic gift to Elpidorophoros.

“You are all heroes at our Archdiocese. You are people who sacrifice your lives for the Church and our Lord, Jesus Christ. For us (editor’s note: the hierarchs) it is easier. We do not have to look after family and children. We know what you are going through. However, you are lucky, because you have one heroine at your side: the presbyterae, who are the heroines behind a priest, taking care of the children and the family while he continues to engage in work,” Elpidophoros said.

Finally, the newly elected Archbishop of America announced that he would establish the “Clergy Day” once a week, during which he would receive priests in his office for a private conversation to discuss the issues that concern them. 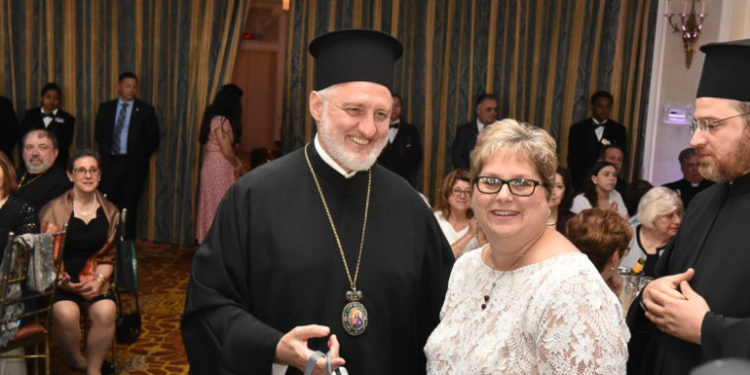 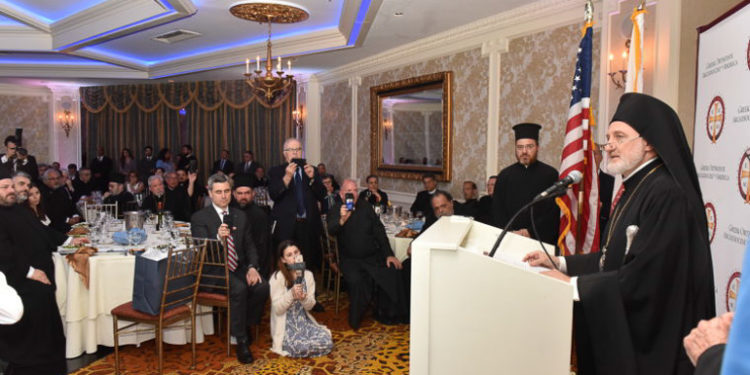 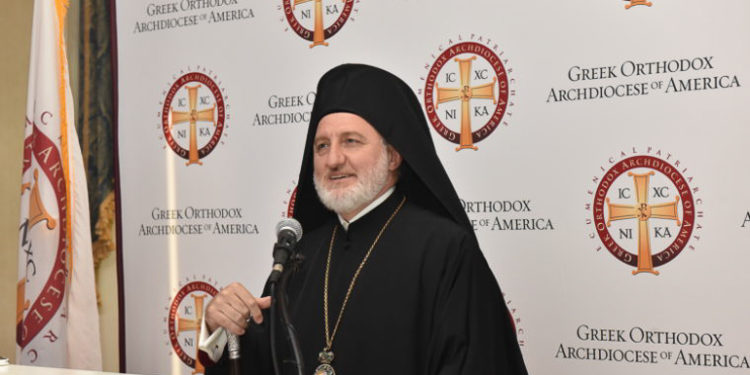 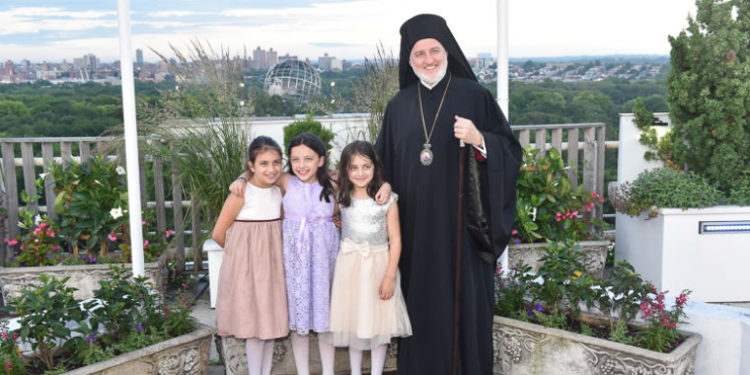 Archbishop Elpidophoros: It is a point of honour for us to complete the Saint Nikolaos Church